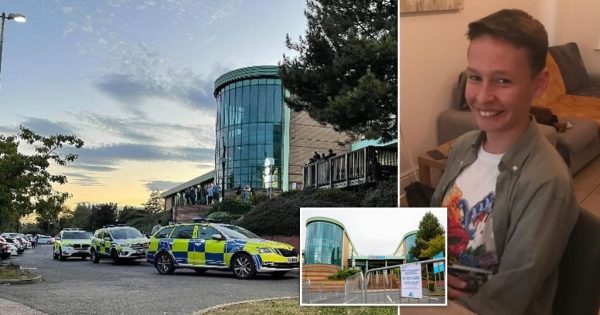 A boy who died in a ‘freak accident’ at an indoor ski slope was killed after his sled crashed into a member of staff, it has been revealed.

Louis Watkiss, 12, died on a night out with his friends at the SnowDome in Tamworth, Staffordshire, on September 24 last year.

The previously unexplained tragedy shocked Louis’ family and the local community who could not understand how it happened.

Now, it has come out that Louis died after he was fatally injured when a toboggan he was riding in collided with a worker.

The Health and Safety Executive (HSE) has today confirmed it is leading a ‘criminal investigation’ into the schoolboy’s death.

Andrew Johnson, principal inspector at HSE, promised to ‘prioritise and thoroughly investigate any breaches of health and safety law’.

‘We are in regular contact with Louis’ family,’ he added.

Louis was described as his family’s ‘love, pride and joy’ (Picture: BPM Media)

Louis was pronounced dead from his injuries at the scene (Picture: BPM Media)

The SnowDome in Tamworth, Staffordshire, said it was cooperating with the investigation (Picture: SWNS)

Parents have previously accused the SnowDome of handling the situation ‘appallingly’.

They claim their children were ‘trapped’ and forced to watch in horror as Louis, from Sutton Coldfield, West Midlands, lost his life.

One mum said: ‘It shouldn’t happen because the staff should be monitoring when people can go down to avoid this very thing.

‘It was apparently very busy and full of kids. Police were questioning all the staff who all looked in shock.’

SnowDome chairman Martin Smith said: ‘The directors and all of the employees extend their heartfelt thoughts and prayers and condolences.

‘Directors and staff are deeply shocked by what happened, and our thoughts and prayers are with his family at this terrible time.

‘An investigation is currently being carried out by the authorities, and we are giving it our full co-operation.’

Louis’ family paid tribute to the sports and music enthusiast, saying he was their ‘love, pride and joy’.

In a statement released at the time, they said: ‘Louis was a son, a brother, a grandson, a cousin and a friend.

‘Louis was a studious pupil who enjoyed learning showing immense curiosity about the world around him.

‘Reaching grade five at saxophone through the Royal Academy of Music, his involvement in two jazz ensembles demonstrated his passion for music.

‘Louis supported Chelsea and England football clubs and followed England Cricket and Birmingham Bears, regularly watching both sports. Along with cheering on AJ and Tyson Fury for their big heavyweight fights.

‘We are so thankful George had five happy years with his brother, and he will hold dear the memory of Louis’ stoic personality.’