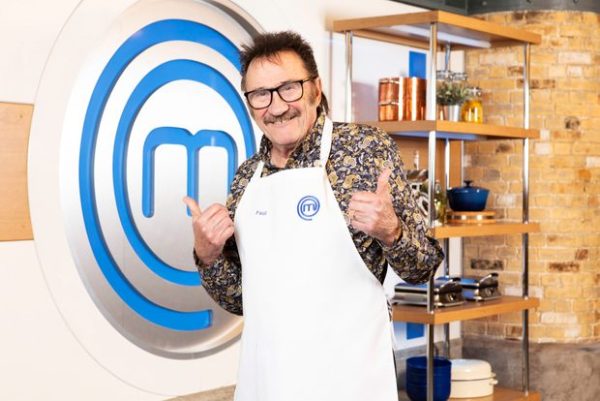 Paul Chuckle is one of 5 famous faces who’ll be heading into the MasterChef kitchen as the 2022 celebrity series kicks off tonight.

Last year’s series saw Paralympic champion Kadeena Cox crowned the winner, and now another star is hoping to follow in her footsteps.

Gregg Wallace, 57, and John Torode, 56, will be back to judge once again and guide a crop of very nervous celebrity cooks through the hit series.

But will beloved children’s TV star Paul be able to face the heat of the kitchen, and make it through to the next round?

Here’s everything you need to know about Chucklevision’s very own, Paul Chuckle, ahead of his first appearance in the famous kitchen.

What is Paul Chuckle’s real name?

While Paul has been a fixture on our screens for decades, some fans may be surprised to know his real surname is not actually Chuckle.

Paul was part of the Chuckle Brothers duo with his late brother Barry Chuckle until he died in 2018, aged 73.

Could Paul be the next Celebrity MasterChef champion? (Picture: BBC/Shine TV)

But the pair’s real surname is actually Elliott.

Their two older brothers, Jimmy and Brian, who were known professionally as the Patton Brothers until Jimmy’s death in 2019, also shared the surname Elliott.

When was ChuckleVision on TV?

The pair one a Lifetime Achievement award at the Children’s Baftas in 2008 (Picture: Getty)

The launch of their iconic children’s show, ChuckleVision, came in 1987 and was a huge hit on BBC.

It ran for 21 series over a period of 22 years, giving them a Special Award for Lifetime Achievement at the British Academy Children’s Awards in 2008.

The final series of the programme was aired in December 2009.

Away from ChuckleVision, the pair won the first series of Celebrity Coach Trip in 2010, and even collaborated with Tinchy Stryder to release a charity single, To Me, To You (Bruv), to raise funds for the African-Caribbean Leukaemia Trust in 2014.

They also became known for making various club and student events at venues around the country between 2014 and 2018.

Paul has continued to do this ever since, to raise money for charity.

When did Barry Chuckle die?

Upon Barry’s death, Paul said: ‘I’ve not just lost my brother, I’ve lost my theatrical partner of many, many years and my very best friend.’

He later revealed that his brother had been diagnosed with bone cancer, but had kept it secret from his manager, fans and Paul himself as he had wanted to perform for as long as possible.

The late star got quite the send-off for his funeral, which was held at Rotherham United’s New York Stadium, of which the pair were both life-long fans and were made Honorary Life Presidents, in 2007.

MasterChef begins tonight at 8pm on BBC One.


MORE : Strictly Come Dancing winners – the celebrities who won the glitterball in all previous series


MORE : You’re way older than your favourite TV characters… if you’re a millennial

Michael Owen Jets Off on Holiday After Reuniting With Daughter Gemma Owen – and No, He Still Hasn’t Met Luca Bish