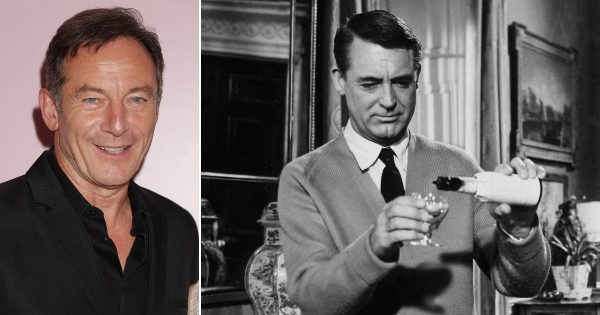 The Lucius Malfoy actor will take on the real-life figure of Cary Grant (Picture: Getty/Rex)

Jason Isaacs will star as Hollywood great Cary Grant in a drama for ITV.

Titled Archie, the four-part series will follow the actor born Archibald Leach in Bristol in 1904 as he embraces America and transforms into one of film’s most recognisable leading men.

Some of Grant’s most celebrated roles were in films such as Bringing Up Baby, His Girl Friday, An Affair to Remember and North by Northwest.

Bafta-winning screenwriter Jeff Pope, whose credits include Stan & Ollie and Philomena, has signed on to the project, which comes from ITV Studios and BritBox International.

Grant’s daughter, Jennifer, and ex-wife Dyan Cannon, have both given the project their blessing and also serve as executive producers.

Pope interviewed both women extensively during his research.

Isaacs is excited to delve into Archie Leach, the man behind Cary Grant (Picture: Dave Benett/Getty Images for 101 Studios)

Grant was a leading man in Hollywood for over 30 years (Picture: Herbert Dorfman/Corbis via Getty Images)

Paul Andrew Williams, who previously worked with Pope on A Confession, will direct the series.

Isaacs, whose credits include Harry Potter, Black Hawk Down and The Death of Stalin, said: ‘There was only one Cary Grant and I’d never be foolish enough to try to step into his iconic shoes.

‘Archie Leach, on the other hand, couldn’t be further from the character he invented to save himself.

‘Jeff’s brilliant scripts bring to life his relentless struggle to escape the demons that plagued him, his obsessive need for control, his fears, his weaknesses, his loves and his losses.

‘It’s the story of a man, not a legend, and those are shoes I can’t wait to walk in.’

His fourth wife Dyan Cannon and daughter Jennifer, pictured with him in 1966, serve as executive producers (Picture: Getty)

Jennifer Grant said she was won over by the thoughtful intelligece of Jeff Pope (Picture: Getty Images)

Grant faced extreme poverty, his father’s adultery and the loss of his older brother, John, as a child.

After joining a music hall act, the Bob Pender Troupe, as a stilt walker, he toured America where he decided to pursue a life in showbusiness.

A chance meeting with the comedian George Burns helped him find his footing on the acting ladder and his first contract with a film studio which urged him to adopt a stage name.

The drama will cut to scenes in 1961 when, at the height of his fame and living in Benedict Canyon, Los Angeles, Grant was breaking box office records but was deeply unhappy in his private life.

Grant with Katharine Hepburn in one of their celebrated movies together, 1940’s The Philadephia Story (Picture: Clarence Sinclair Bull/John Kobal Foundation/Getty Images/Moviepix)

Jennifer Grant said: ‘My father was an extremely private man, so naturally, when Jeff Pope approached me with the idea to write dad’s life story, I was trepidatious at best.

‘Jeff’s thoughtfully intelligent understanding of dad’s boyhood won me over. My father’s formative years as Archie Leach in Bristol, England, and the extraordinary challenges he faced, lie at the heart of Archie.

‘Cary Grant is emblematic of charm, wit and grace, but unknown to most are the enormous challenges he overcame to create himself.’

Further details of casting will be announced closer to the start of filming.

Archie will premiere on new streaming service, ITVX, which launches later this year. The drama will air on ITV several months later.

Archie is currently in pre-production with no release date yet announced. 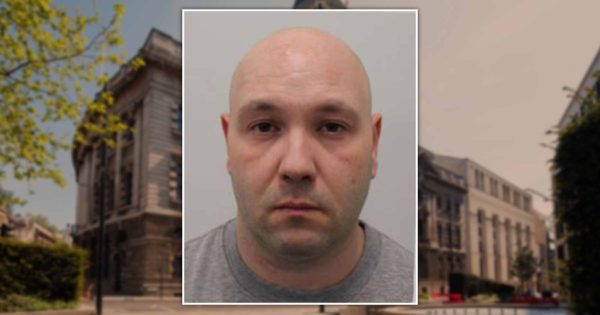 A motorist who killed a ‘selfless’ father-of-two in a hit-and-run on a pedestrian crossing has been jailed.

John Wilson, 39, was travelling at 60mph on a 40mph dual carriageway when he hit Tarsem Randhawa, 55, while undertaking another car.

Wilson, a father-of-three, was driving his fiancee’s car without a licence or insurance when he hit the victim on April 28 last year.

He only confessed after police arrived at her home to arrest her for the offence, the Old Bailey heard.

Mr Randhawa, a devoted Chelsea fan, was described by his son, Marco, as ‘the most innocent, humble, selfless kind-hearted man’.

‘He was adored by everyone and the amount of love and support we received following his passing was truly overwhelming.’

His second son, Tiago, described his father as ‘his hero’ and ‘his rock’.

‘I thought I’d have Paps for my whole life,’ he said.

‘The pain of knowing that that future has been robbed from Paps, from me, from everyone has left me in a deep dark hole which can never be filled.

‘We have lost someone so beautiful, everyone’s favourite person.

‘The greatest pain is knowing how much pain Paps would have been in, to know that as quick as his death may had been there was also that split second when he knew he had lost it all.

‘An entire life of dedication, laughter and loving, had just disappeared.

‘To know my hero had to go through that hurts the worst, to know he was completely helpless as his life vanished as if he had never existed.’

Wilson looked away when the brothers walked past him in the dock.

Mr Randhawa’s sister, Binda Rai, said his death ‘tore our world apart and it remains so to this day.’

‘My brother shouldn’t have died and he certainly didn’t need to die at such a young age and in such a brutal way. A part of me has gone with him,’ Ms Rai said in a victim impact statement.

Sentencing him to 18 months in prison, Judge Charles Gratwicke told him: ‘You were driving above the speed limit.

‘You were undercutting a vehicle which was observing the speed limit.

‘Why you were speeding, only you know. If you had been observing the speed limit you could have swerved to the right and the collision could have been avoided.’

Wilson, of Brentford, west London, admitted causing death by careless or inconsiderate driving; causing death by driving a vehicle whilst uninsured and without a licence; and failing to stop after a traffic accident.

He has been disqualified from driving for two years and nine months. 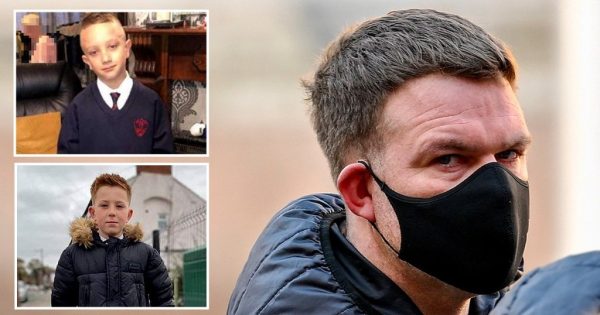 Jack Hart changed his plea to guilty just hours before he was due to go on trial after killing two schoolboys after knocking them off their bikes (Picture: HullLive/MEN)

A driver who killed two schoolboys after knocking them off their bikes has changed his plea to guilty the day before he was due to go on trial.

Jack Hart’s BMW struck 10-year-old Steven Duffield and Mason Deakin, 11, as they rode on a flyover at Anlaby Road in Hull.

He was said to have been speeding at the time of the incident and had driven into a bus lane.

Hart, of Anlaby Road, Hull, was refused bail and remanded in custody after he left it until the day before a trial was due to start before he pleaded guilty.

The lengthy delay greatly increased the anguish of the bereaved families.

He had been speeding at the time of the accident and had driven into a bus lane. He later removed a dashcam.

Hart, 32, had previously denied causing the deaths of the two boys on November 2, 2020 by dangerous driving.

Steven was killed in the accident (Picture: UNPIXS)

Police were called to Anlaby Road and the two boys were rushed to hospital (Picture: MEN Media)

The pair of best friends were riding their bicycles along a busy stretch of Anlaby Road near the East Yorkshire buses garage when the accident happened at about 6.10pm.

Both boys were taken to Hull Royal Infirmary but Steven later died.

Mason was kept in intensive care and had been transferred to Leeds General Infirmary, where he remained in a coma and on life support, but he died two weeks later.

Hart appeared before Hull Crown Court for a plea hearing ahead of the trial, which had been due to start on Tuesday.

His not guilty pleas to the charges were entered during an earlier appearance at the court in June.

Hart was represented for the latest hearing by Charlotte Baines, who said that the seriousness of the case we that fact that he contravened a bus lane and had been speeding before the fatal collision.

He at first did not accept that he had anything to do with a missing dashcam, although, after the case was stood down for Hart to give further details on this, Miss Baines later said that he did not now want to put in a basis of plea over his version of that matter.

She said that Hart had indicated that he would be changing his pleas to guilty a few days or weeks ago.

She asked for Hart to be allowed bail until the day of sentence so that he could sort out his affairs. She added that he had always attended previous hearings.

She added that she wanted to collect character references and information from a ‘health specialist’ who had been working with him.

But Judge John Thackray KC said: ‘He has had two years to get his affairs in order. He has played the system and left it to the last possible minute. His plea has come over two years later than it should have done.’

Hart curled his lip and stared ahead when he was told that he would be remanded in custody.

Hart will be sentenced on Wednesday. 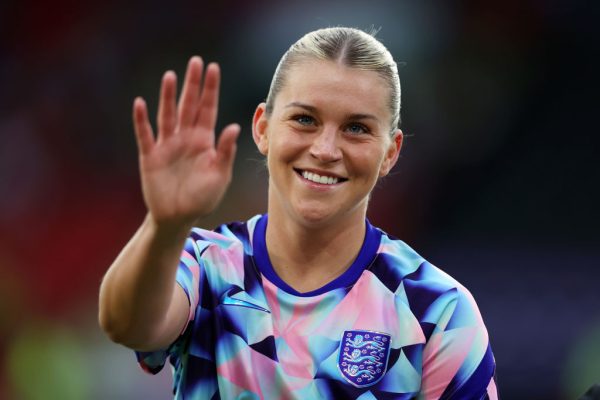 Arsenal have tabled a world-record transfer bid for Manchester United and England forward Alessia Russo, according to reports.

Russo, 23, has scored 19 goals in 44 appearances for United since signing from Brighton in the summer of 2020.

She has also developed into a key player for England, netting 10 goals in 17 caps and helped the Lionesses become European champions last summer.

Russo will be out of contract come the summer and while Manchester United are keen for her to remain at Old Trafford, talks over a new deal have not yet resulted in an extension.

According to The Athletic, Arsenal are determined to bring Russo to north London and have submitted a world-record offer to United.

While the exact figures of the proposed deal have not been stated, the world-record signing in the women’s game is currently Keira Walsh’s £400,000 move from Manchester City to Barcelona last summer.

Manchester United are yet to respond to Arsenal’s offer but are believed to be reluctant to lose Russo, who has five goals in nine Women’s Super League games this season.

When does the window close for Premier League clubs?