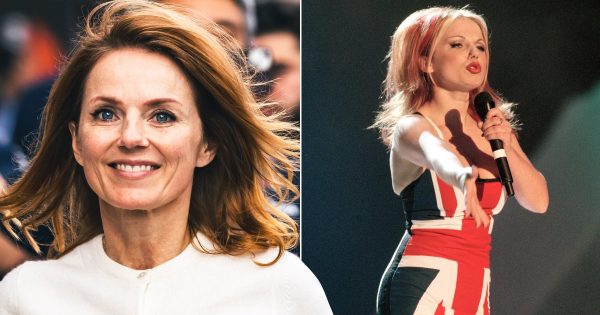 The Spice Girls have been showing the true meaning of Girl Power in heartfelt wishes dedicated to Geri Horner as she celebrates the big 5-0.

Ginger Spice reached the milestone birthday on Saturday, sharing a montage of sweet images from her childhood through to her career in the chart-topping group and beyond on Instagram.

Teasing ‘the best is yet to come’, the Wannabe singer wrote: ‘I get to be 50! I’m so grateful to all the wonderful people and experiences I’ve had in my life. Thank you. I love you.’

And Geri wasn’t the only one taking to social media in honour of her big day, with former bandmates Victoria Beckham, Emma Bunton and Melanie C penning sweet posts.

Alongside short clips of the Spice Girls’ iconic music videos, Emma, 46, said: ‘Happy birthday my beautiful Spice sister @therealgerihalliwell. 💕🎉💕 Sharing moments with you are some of my favourite memories.💕💗 Have the most special day with your beautiful family, can’t wait to celebrate with you. Love you lots X.’

Melanie, 48, posted three throwback photos, including one from the epic reunion tour and another of the former Australia’s Got Talent judge on rollerblades.

The I Turn to You performer captioned the post: ‘Happy 50th @therealgerihalliwell! My darling Spice sister, oh the adventures we have had. We share so many incredible memories and I look forward to making more.

‘From bombing about in your battered Fiat Uno, telling everyone how we were going to become the biggest girl band in the world, to reuniting on stage at Wembley Stadium and all of the madness in between.

‘Happy Birthday to our one and only Ginger Spice. You are the most wonderful collaborator, band mate and friend. I love you with every part of my soul. #friendshipneverends #girlpower ❤️🇬🇧✌🏼🥳.’

Fashion designer Victoria, 48, shared an Instagram Story of the pair of them looking glamorous while hugging in front of a plane.

The mum-of-four added: ‘Happy Birthday @therealgerihalliwell. Hope you have the best day!! Kisses.’

The fifth member of the trailblazing group, Mel B, 47, has not yet publicly congratulated Geri on her big day.

Could the Spice Girls be reuniting later in the year for Geri’s bday bash? (Picture: Hulton Archive/Getty Images)

Geri said she was delighted to be turning 50 (Picture: WireImage)

But the celebrations may not be over just yet, with reports circulating the Viva Forever band are set to reunite for one night only as a five-piece, for a special performance at Geri’s birthday bash.

The party is set to take place on September 17 and will be the first time the Spice Girls have performed as a five-piece since 2012, when they performed at the closing ceremony of the London Olympics.

In more exciting news, the legendary performers’ official Twitter account posted a tweet with the hashtag ‘#Spiceworld25’, hinting at an incoming announcement marking the special anniversary.

The film came out in 1997 – so who knows what might be in store next year, but we’ll tell you what we want, what we really, really want: another tour!


MORE : What has Geri Horner said about her political views? The Spice Girl’s history as a Tory supporter